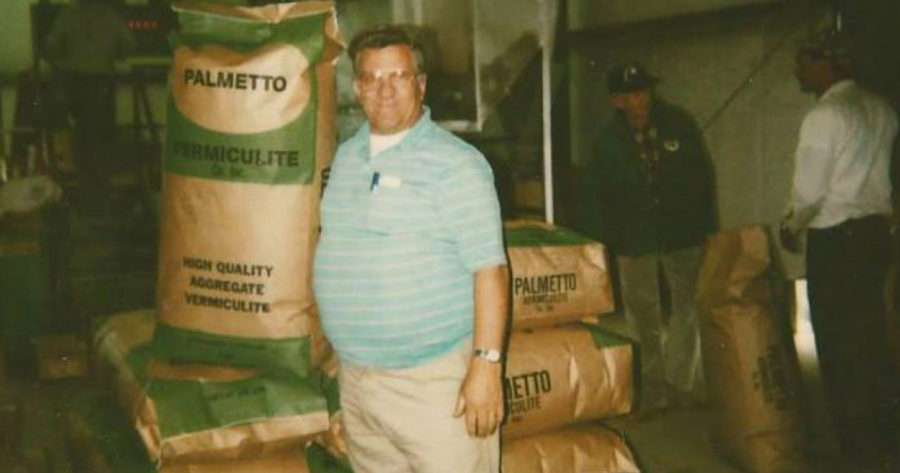 It seems as time passes, our country is having less and less multi-generational family owned businesses. At Palmetto Vermiculite, we take pride in knowing all of the effort that the Brown family has put into it. After Ray and Edna Brown opened the doors in 1988, they brought on their son, Jeff Brown, who was a mechanical wizard, along with a cousin, Gerald Brown, who was an expert mechanic. Together they designed, custom built, and installed many of our original furnaces and bagging systems. In 2014, their grandson, Hunter Brown, joined the company and oversaw their plant expansion projects that included two robotic lines, upgraded bagging systems, new screens, and a growing production staff. As you can see, it has taken many members of the family to make Palmetto into the company that it is today.

What makes a family owned and operated business different than most, at least in our case, is that the business is always in consideration. Whether we’re having a meal, car ride, or a meeting, we are talking about ways to improve the facility and create a better customer experience. We believe it’s that constant attention that makes our products and staff the best in the field. As Palmetto Vermiculite goes into the future, it’s on solid ground because the company is surrounded by the people who built it and supported it, while allowing the next generation to carry the torch. We would like to thank everyone who has been a part of this journey and hope that you will continue to be part of our family.

Next PostVermiculite in Special Effects